I am not a Disney fan though I love watching Disney movies. I don’t believe on Disney Princesses’ perfect happy ending life nor I want to meet a prince charming with horse and sword saving me from an evil witch like what they have (of course, who will ride a horse  on the street nowadays?). My favourite princess character is Anastasia but she’s not one of Disney’s, is she? But this is what Disney offers you: it makes your dreams come true. Even for  me, who used to not have any dream of Disney.

Talking about Disneyland always remind me of my Enterprise Management, Marketing, and Logistic classes because Disneyland is that phenomenal in that business area. From what it offers, its service, customers’ experience, until its waiting line and capacity management. Ok, I am that geek! I kept thinking about those things when I was at Disneyland. It didn’t ruin my magical moment there though. In contrast, I was so excited because I experienced Disneyland by myself and proved what I have learned on classes xD

So, how was Disneyland? I think pictures will tell more perfect stories of it. 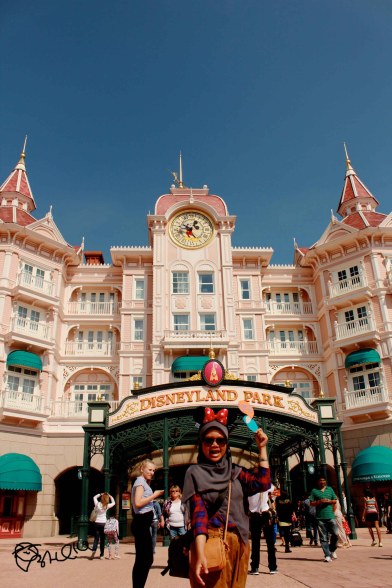 There are two parks at Disneyland: Disneyland park and Disney Studios Park. I bought two-park-for-one-day ticket and I got a promotion price for its 20th anniversary. Before I entered, I had to have a security check then I could decide which park I want to enter first. To be honest, both parks are big but Disneyland park is bigger than Disney Studios park. A day wasn’t enough to explore both and I need more stamina also to beat its attractions.

Disneyland combines level and chase-demand capacity strategy to maintain its capacity, especially during high-peak day like Saturday when I went there. In level capacity strategy, capacity is kept constant so Disneyland’s approaches are providing online booking system and queue management. I bought my ticket from its website and paid using credit card. It was so easy! When I arrived at Disneyland, I didn’t have to queue to buy ticket and the officer did a quick scan of my printed e-ticket (it has a barcode). And bingo! I entered Disneyland park successfully. 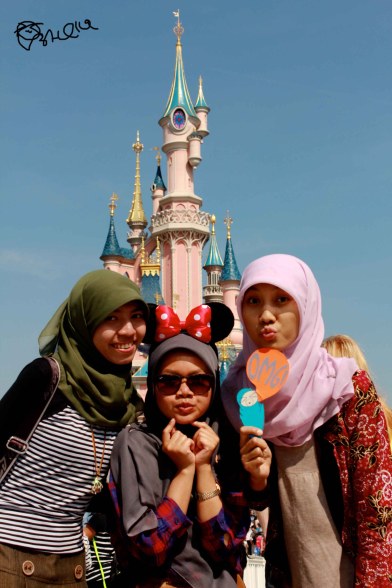 I went to Disneyland with Moren, Azmi, and Mitha. They were my new friends who I met in Paris, except for Moren. I met Moren at an airport in Brussels, Belgium. We started as strangers but now we become friends. That’s why solo traveling is interesting because we are approachable and it’s easy to make friend with someone else. Azmi and Mitha were Moren’s friends from ITS (10th November Institute of Technology) which located in Surabaya, Indonesia. 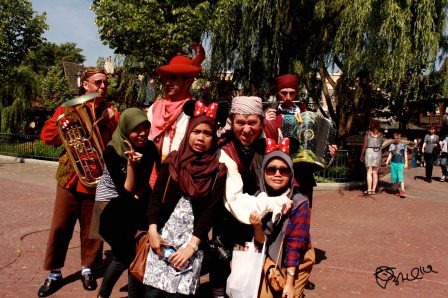 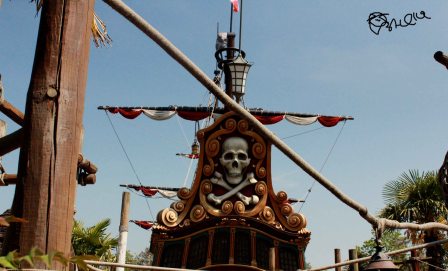 A long and unpredictable queue is a big no-no for Disneyland. It can ruin customers’ experience at Disneyland so Disney put a screen on each of its attractions that shows prediction waiting time for that attraction. At least, customers can have an assumption when will they get their turn (Although I doubted that the time displayed on a screen was updated). Disney also offers some TV screens inside the waiting room to accompany customers while they were on the line. Interior of each attraction is well-designed also, so customers can take a picture while waiting. Occupied waiting is better than unoccupied waiting, yes? But the problem is: not all attractions have that well-designed interior and TV screen to accompany customers. In some attractions, I felt kinda boring of waiting but it took almost the same waiting time in other attractions.

Most of Disneyland’s attractions were in disguise. They didn’t look so scary from outside, even I thought some attractions were for kids. So I chose them. But I was wrong. I got tricked. Those attractions were adrenaline attractions. OMG! OMG! OMG! Some were almost-made-me-die jet coaster and I hate The Hollywood Tower Hotel attraction the most. It looked like a horror house but it was a scary lift who got me on top then threw me underground. DIE! T____T

A man were passing by when Mitha took our photo :)) 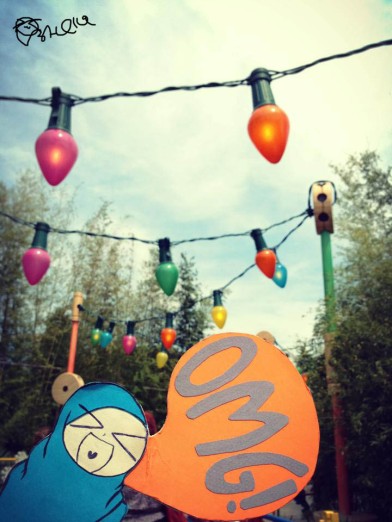 I love Disneyland because there were many kiddos! Yes, yes, yes, kids were everywhereeeeeee. Many kids were playing around and running, laughing, & wearing disney’s attires. Seeing them made me feel like I haven’t reached my twenties. Age is just a number, right? Those kids brought many positive energies that add more magics to Disneyland. 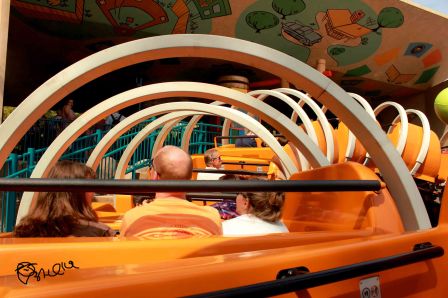 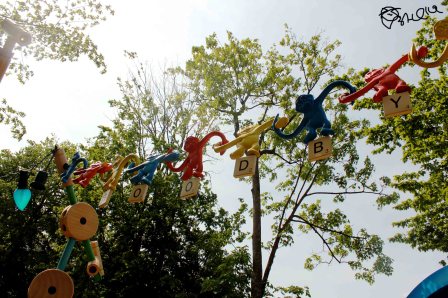 We stayed at Disneyland until almost midnight. It was raining at night but we didn’t go home immediately because we were waiting for Disney fireworks performance. I didn’t have any idea of what kind of performance I would see. I was sooo sleepy that time. I saw many kids were sleeping on their parents’ lap. I was looking on some photos on my camera when it started. That performance started with an appearance of Peterpan being projected on a fountain. Then it showed all of Disney’s characters. That was fireworks and light projector performance at the castle. Make sure you watch this performance when you visit Disneyland. I didn’t feel asleep anymore and was immediately under Disney’s spell. That performance was like magic. It got me! 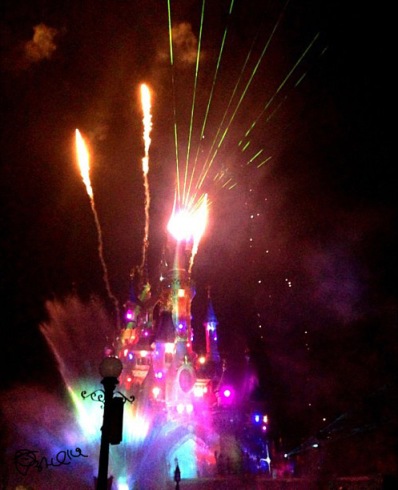 I have to say that Disneyland is a must visited place in Paris. It is located in the fifth zone of Paris, and you can reach Disneyland using RER A from Chatelet metro station. At night, Disneyland provides more trains to go back to Paris city centre, it’s one of its chase-demand capacity strategy to maintain Disneyland services. Especially because Disneyland has closed and everyone wants to go home. We got into the train on time and fell asleep until Chatelet.

(PS. Additions: Part One, Two, and Three of my Paris Trip)

3 thoughts on “That Magical Day at Disneyland, Paris”