I have said this many times before: Portugal has many things to offer you. This country is more than just Cristiano Ronaldo –famously known as CR7. For its Northern area, it offers you not only the city where I live, Porto, but also other cities. And this time, I took a visit to Viana do Castelo.

It started at Friday night when Mas Juan posted those pictures of Indonesian gathering at Palacio da Cristal, Porto, and then I said that we should do a photo-hunting in Viana do Castelo. Then, suddenly, Steven replied, “how about tomorrow?” and here it went. We impulsively had this short trip to Viana do Castelo. Before going there, I googled some pictures of Viana do Castelo. I knew about Viana do Castelo from my Erasmus friends who have been there before and I was curious since then. 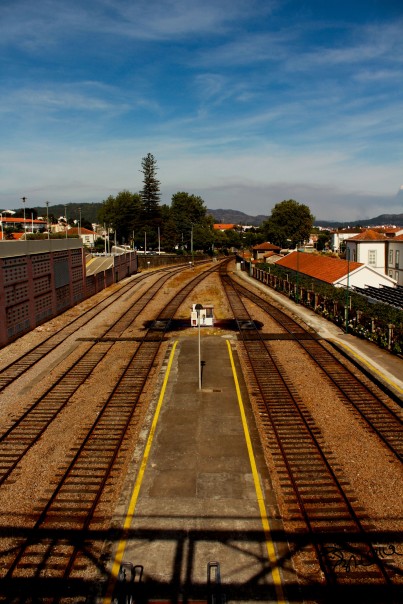 Reaching Viana do Castelo from Porto is easy. If we don’t have a private car, we can take a train from Porto. It took around 1.5h by train from Porto-Campanha and 15.5 euros for round trip. So, we had many chitchats along the way. We arrived at Estacão Viana and after we went out of the station, we arrived in a big avenue called Avenida dos Combatentes da Grande Guerra. There were many cafes and restaurants along that avenue and straight at the end of the avenue, there was Rio Lima (Lima River) and some yachts. Lima River ended up at the Atlantic Ocean, which was seen from the top of Viana do Castelo. Afraid to get lost? Don’t worry, there is free map at the tourist information office nearby. I loved this map they gave me because instead of having only a map of Viana do Castelo, it had some descriptions and histories for each place also.

When you get to Lima River, you will see the Eiffel Bridge. It was inaugurated in the time of iron architecture and it was designed by the famous Eiffel House. 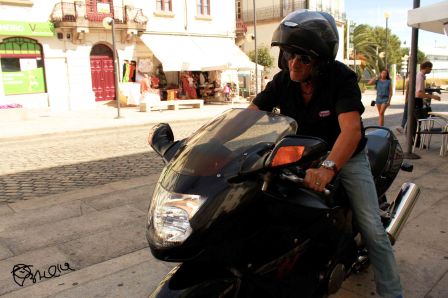 A man and his “big” company 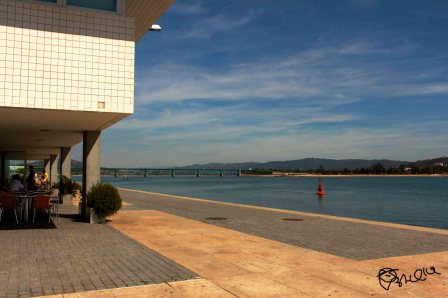 Far away view: the Eiffel Bridge

We went to the old town of the city and we were very curious of why it was soooo silent. We barely saw anyone around and most stores were closed. It was Saturday, btw. They were supposed to be open usually. I thought that Porto’s old town was way more interesting with a lot of tourists and local people around. After 30′ wandering around, we decided to take the funicular to go to Basílica de Santa Luzia on the top of Viana do Castelo. Basílica de Santa Luzia congregates neo-Romans, neo-Byzantines, and neo-Gothic elements. (PS. As I read on my map, there were many places to visit in the old town. but because we had limited time, we decided to skip those places. Well, we have another reason to visit Viana do Castelo again right?) 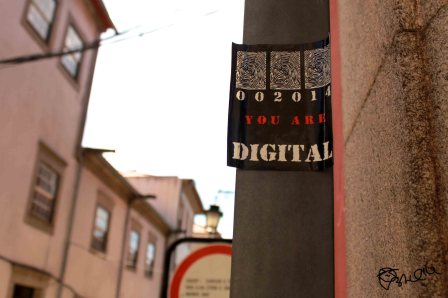 We could see more beautiful sceneries from the top! and with a cheap price of 3 euros round trip for funicular. We saw the magnificent Atlantic Ocean, those landscape sceneries that Portugal has, beaches and sea, and of course, bright sky in front of our eyes. We went to the tower (for 1 euro) of Basílica de Santa Luzia. It was a hard trip to reach the top of the tower. Narrow spiral stairs was killing!!! tho it was worth it at the end.

Taking pictures from that hotel 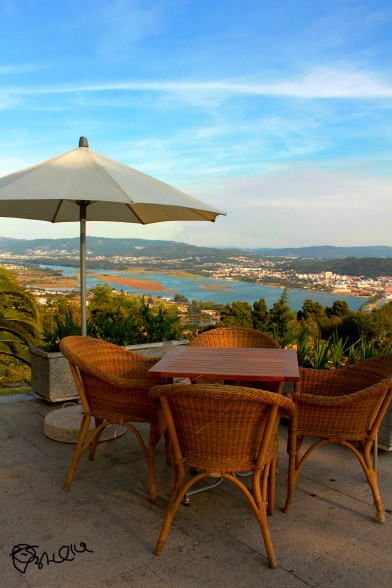 A perfect place to enjoy the beautiful Viana do Castelo

There was another thing we missed from this trip: tasting its cuisines. Ok, more reasons to come back here again, yes?

Quem gosta vem, quem ama fica (Those who like it, visit. Those who love it, stay) -The slogan of Viana de Castelo

11 thoughts on “Calm Saturday in Viana do Castelo, Northern Portugal”